Slovenia has 3 civil IFR airports, one military air base, 12 VFR-only airports, and 40 airstrips. Below are presented Slovenian airports and aerodromes which makes easily to create a specific routes and plan things to do next to each airport.

Ljubljana is the green capital of a green country. It was the European Commission's Green Capital of Europe in 2016.
Ljubljana's landmarks designed by the famous architect Jože Plečnik (1872-1957) have been included in UNESCO's World Heritage List.
Ljubljana Castle is a castle complex standing on Castle Hill above downtown Ljubljana, The castle is depicted on the city's coat of arms, along with a dragon on top
The Dragon Bridge is a road bridge located in the city center and
it crosses the Ljubljanica River between Kopitar Street and Ressel Street, to the north of the Ljubljana Central Market at Vodnik Square. It was built in the beginning of the 20th century,
Prešeren Square is the central square in Ljubljana.
It is part of the old town's pedestrian zone and a major meeting point, where festivals, Ljubljana carnival, concerts, sports, political, and protest events take place.
Treat yourself to a well-deserved city break and experience a charming, green and vibrant capital. 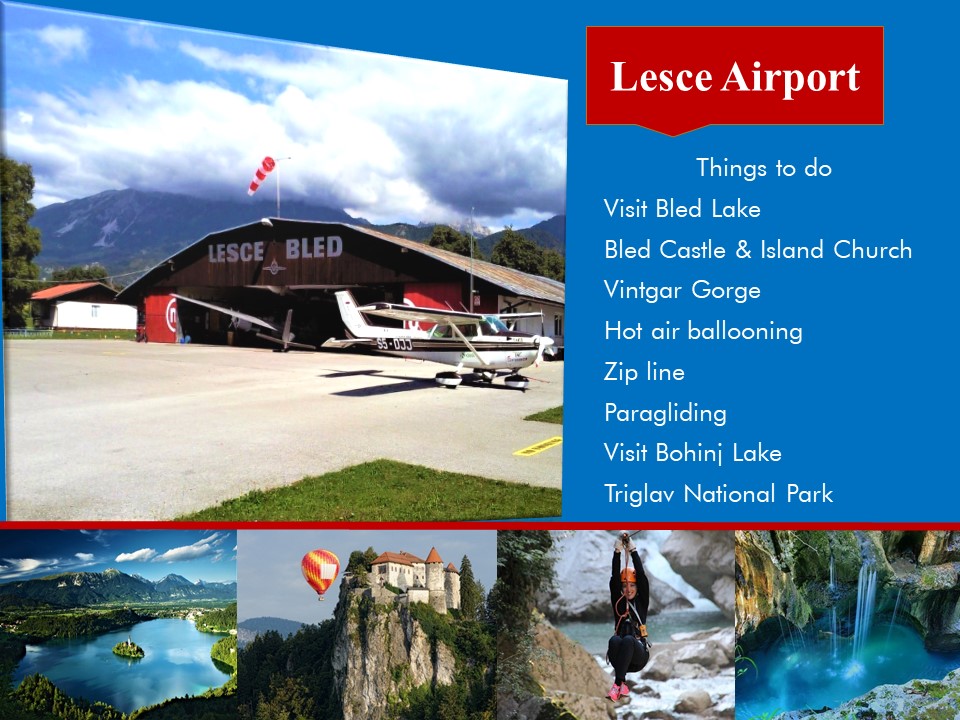 Miracles of  Julian Alps and in the Triglav National Park

Lake Bled and a castle perched on a cliff is one of the most beautiful Alpine resorts in Europe. Bled is the green pearl of Slovenia.
Bled Castle is a medieval castle built on a precipice overlooking Lake Bled and it the most visited tourist attractions in Slovenia
The castle with a fairytale  and a 1000-year history  invites visitors to explore its museum collections and enjoy a range of activities closely linked to the castle's traditions.
Bled Island`s monumental staircase with 99 stone steps is leading from the harbor to the top of the Bled island and to the St. Mary’s Church. Inside the church you can see a golden central altar, three marble side altars and other luxurious interior elements.
Lake Bohinj is the largest natural lake in Slovenia  with endless opportunities for activities.
Th lake is perfect for water activities all year round – from swimming, boat riding, windsurfing, kayaking or canoeing, fishing and diving in warmer months, to (sometimes) even ice skating in winter.
Bohinj is  also great for outdoors activities such as hiking, biking, paragliding and waterfall trekking, with beautiful scenery, snow-capped mountain top views and reflective lakes as background.

Postojna Cave is the only place where you can see the most precious brilliant in the form of a cave formation. Just like the world above the surface, Postojna Cave boasts towering mountains, murmuring rivers and vast subterranean halls.
Pivka Military Museum the biggest in this part of Europe.
We invite you to watch the breath-taking collections of tanks, artillery, cannons and armoured vehicles from the period of World War II, the Cold War and the 1991 Liberation War.
Region of Vipava is famous for its unique wines, local hospitality and remarkable scenery. Venture on a half-day tour of this lovely region in the southwest of Slovenia and taste some of the local wines at a small family-run winery.
Bordering with Italy you cane very easily drive to Portopiccolo from Slovenia, explore the coast and  admire the Miramare Castle. 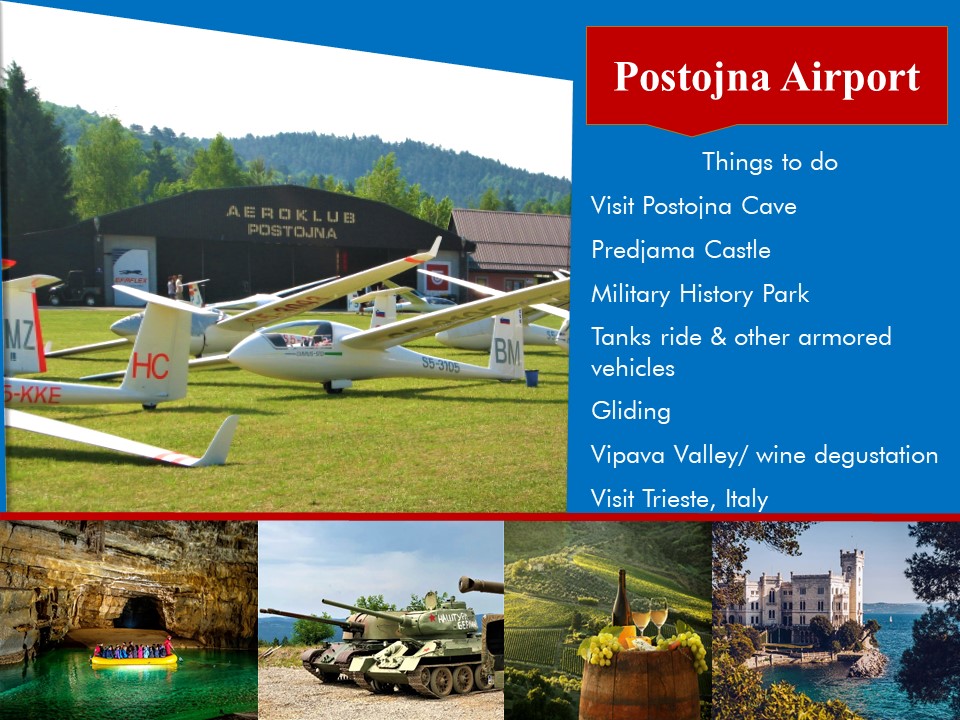 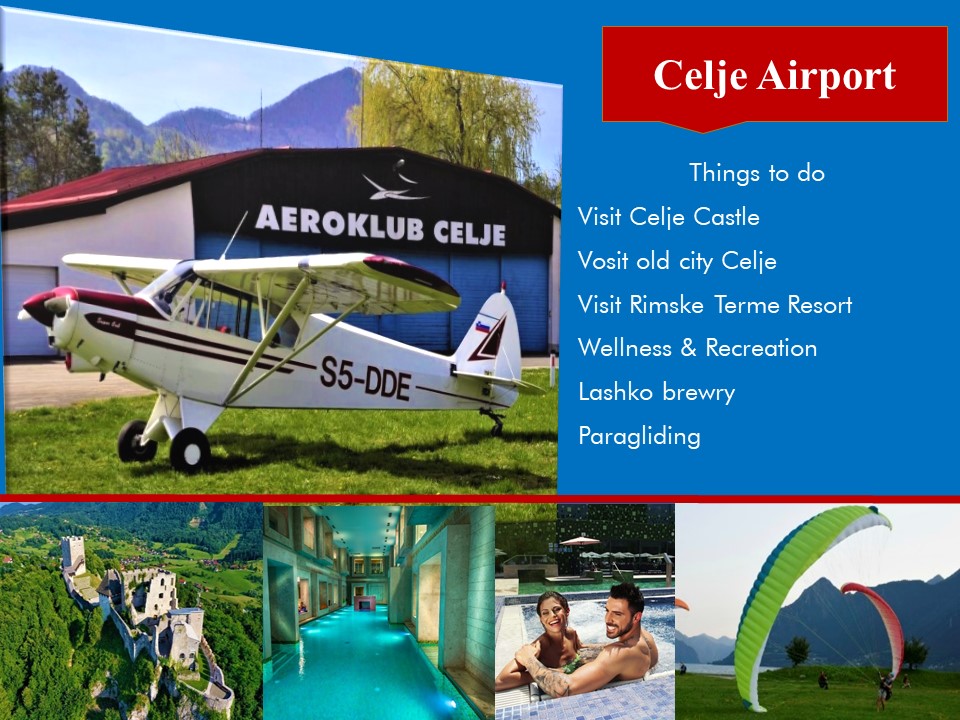 Celje is the third-largest city of Slovenia.It is city for family trip.
The old castle is the city’s major attraction. This is actually a fortress and the largest one in Slovenia. The Old Castle Celje is located on top of a hill, about 2 kilometers from the city center.
Romantic, enticing, magnificent, dark, frightening – the Celje Old Castle.
Rimske Terme Resort is a spa and wellness complex in the middle of a lush forest. The resort has an outdoor panoramic pool connected with the indoor pool. The thermal water in Roman Terme is one of the richest and most healing in Slovenia. It is an ideal place for wellness, entertainment, social activities, massages and body treatments, sauna relax, recreation and real pampering.
Treasure in Slovenia, where one can Experience the pleasures of the ancient Romans.

Piran – pearl of the Slovenian Adriatic. An old port city with the remains of medieval walls is protected as a cultural and historical monument.
Portoroz - the most famous resort of the Slovenian Riviera, wonderful place to plunge into the local traditions and culture.
Lipica is the home of the Lipizzan horse and the biggest Lipizzan stud farm in the world. Experience it in the company of over 300 white Lipizzan horses across more than 300 hectares of green space.”
In the incredible natural surroundings, amidst fairytale meadows in the shade of oak and chestnut trees, beautiful and charming white horses await you. 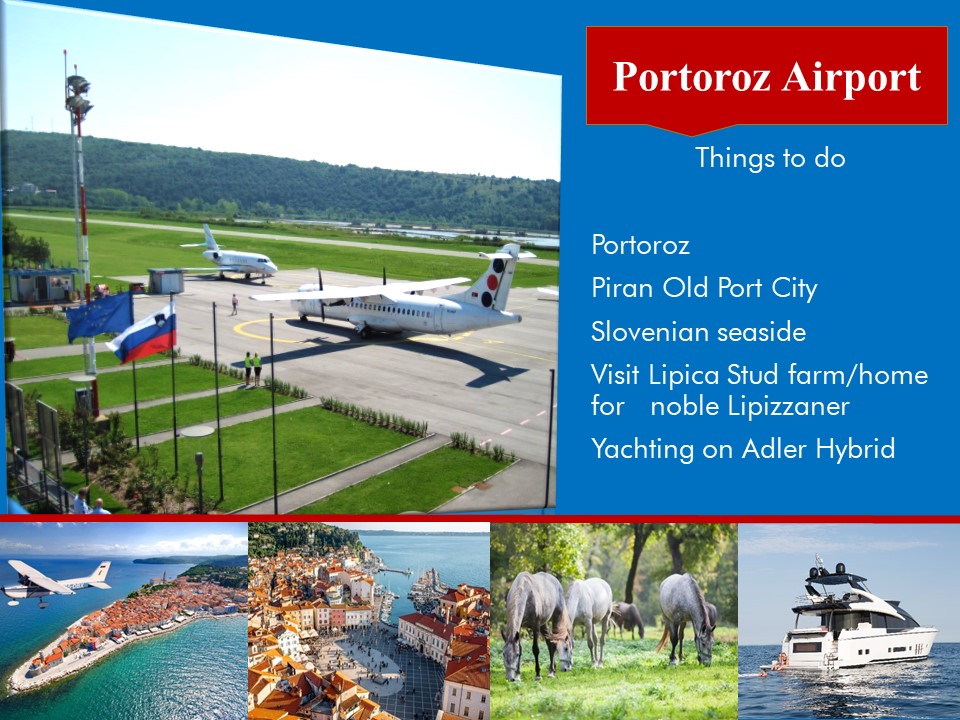 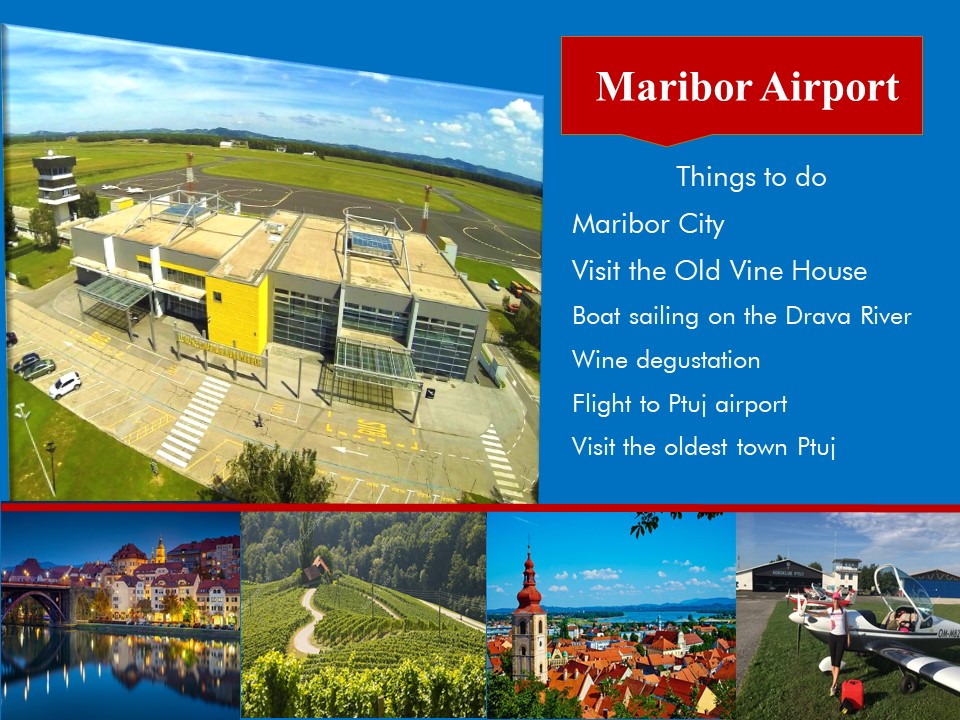 Oldest vine and town of Slovenia

Maribor is Slovenia’s second largest city. In the Eastern Alps, Maribor is a mountain city with a deep winemaking heritage. Beautiful architecture, numerous cafes, laid-back atmosphere and a picturesque location with vineyards. In the old city centre of Maribor,also called Lent, in front of the Old Vine House, grows over 450-year-old Žametovka or Modra kavčina vine variety. It is included in the Guinness Book of records as the oldest vine in the world, which still bears fruit annually.
Maribor is Slovenia’s largest ski resort, hoisted up in the Maribor Pohorje range with a maximum elevation of more than 1,300 metres.
One of the oldest towns in Slovenia, Ptuj equals Ljubljana in terms of historical importance. The castle above the town with the oldest wine cellars dominates over the streets with one of the most colourful carnivals in the world and the Kurenti masks, the exceptional character of which has also been recognised by UNESCO.

Bovec in Slovenia is a real paradise for nature lovers and outdoor fans. Located in the beautiful Soča Valley, at the edge of the Triglav National Park, this region is famous for a variety of amazing natural attractions with various  activities  such as rafting, kayaking, canyoning , hiking, mountain-biking and skiing at Bovec Kanin.
The emerald colored Soča is one of the most beautiful mountain rivers in Europe.
UNESCO has declared the Julian Alps, of which the Soča Valley is a part, to be the first biosphere reserve of international importance in Slovenia.
The Tolmin Gorge in Slovenia is a true wonder of nature and is one of the most spectacular gorges in the country. 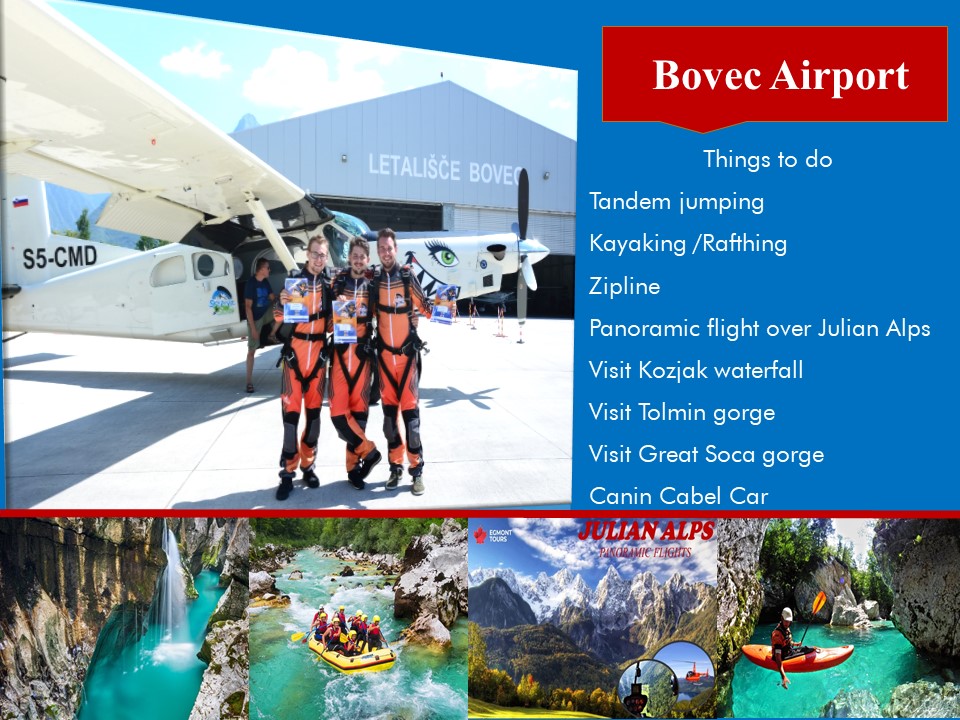